BLOOMFIELD HILLS, Mich. – Ensuring young students receive the proper tools to be fully literate by the end of the third grade is of utmost importance to school districts across Michigan. Per a study by the Annie E. Casey Foundation, students who were not proficient in reading by that time, were four times more likely to drop out of high school than those who were proficient readers.

Said Congresswoman Lawrence, “I am so proud to be a part of this critical initiative that brings together our community to help improve the educational trajectory of our children. It is of the utmost importance that we provide our students with the support they need to succeed in school and gain the confidence to know that they have the ability to achieve anything.”

Through the Initiative, several metropolitan area synagogues will be providing congregants to serve as literacy tutors to students in kindergarten through the third grade in Southfield. Each congregation, including Congregation Shaarey Zedek, Young Israel of Southfield and Temple Emanu-El, will be assigned to a school, with volunteers conducting tutoring sessions virtually for the time being.

Said Charles Hicks, Southfield Public Schools Board of Education president, “I appreciate the partnership and collaboration between the Jewish Community Relations Council/AJC and the Southfield Public School District. We must do whatever we can to mitigate any literacy loss as a result of challenges that arise as a result of the pandemic. Together, we can do what is in the best interest of our most valuable stakeholders … our children.”

Added Jewish Community Relations Council/AJC Executive Director Rabbi Asher Lopatin, “According to the 2017 results from the National Assessment of Education Progress, Michigan ranks in the bottom third of states for fourth grade reading. For our organization, it is imperative that we give our local schoolchildren a chance for a bright future beginning at an early age. It is an honor for us to partner with Congresswoman Lawrence and Southfield Public Schools, as well as volunteers from throughout our community, on this important project.”

JCRC/AJC has a long history of literacy advocacy. For more than 10 years ago, the non-partisan nonprofit has served as the administrator for the Detroit Jewish Coalition for Literacy, an umbrella organization that seeks to increase the Jewish community’s involvement in the fight against illiteracy. In non-pandemic times, the group mobilizes and trains volunteer readers, tutors and book drive organizers who serve thousands of students in programs established in Detroit Public Schools and public schools throughout Oakland County.

For more information and to get involved, contact Sandy Lippitt at slippitt@jfmd.org. 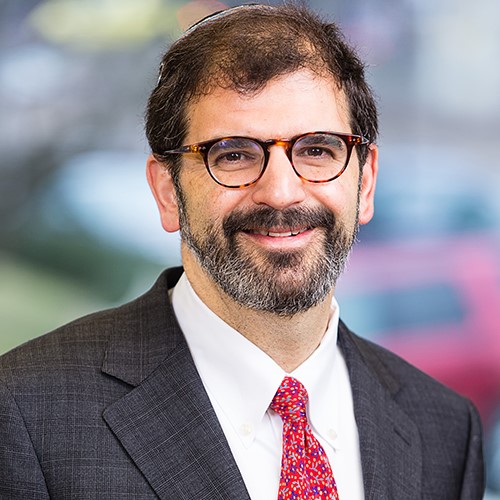 April 19, 2018 – The Jewish Community Relations Council/AJC and Jewish Federation of Metropolitan Detroit praise the Michigan State Legislature for its passage today of resolutions celebrating 70 years since the establishment of the State of Israel.

“On behalf of the Detroit Jewish Federation, I would like to express our gratitude to Sen. Meekhof and Rep. Wittenberg, and all of the co-sponsors from the Michigan Senate and House, for their recognition of this historic occasion,” said Beverly Liss, President of the Jewish Federation of Metropolitan Detroit. “We’re extremely proud of the strong, supportive bond between Israel and the state of Michigan, and we deeply appreciate our lawmakers’ ongoing commitment to this relationship.”

Alicia Chandler, President of Jewish Community Relations Council/AJC, remarked, “Israel’s 70th anniversary is a time to pause and reflect on the miracle that is the modern state of Israel. What was just a dream for millennia is now a complex, vibrant, thriving democracy which brings innovation and technology to the world. Each year is an opportunity to celebrate pluralistic and democratic values towards which Israel continues to strive.”

The metro Detroit Jewish community will honor this milestone anniversary for the Israel through a year-long Israel@70 campaign. In the coming months, there will be at least 70 programs honoring the occasion, ranging from small gatherings to major community-wide events.